The 3rd Annual Spice up Spring Pueblo Chile Recipe Competition took place at a variety of local restaurants across Pueblo last Thursday, May 3rd. Judging was nearly impossible this year as contestants presented their most unique and delicious recipes infused with Certified Pueblo Chile. Entrants prepared a dish for three categories: best appetizer, entrée, and dessert.

The Certified Pueblo Chile was on full display at the annual Colorado Ag Day at the State Capitol!
Thank you to Children’s Hospital Colorado Head Chef John Krause for bringing this dish together and representing Pueblo!

Bustling craft breweries, a robust lineup of long-loved festivals and events, and exquisite cuisine heightened by rich cultural heritage and the celebrated Mirasol chile are just a few ways this flourishing city spices up the scene in southern Colorado.

The Pueblo Chile is highlighted in #2.

2. FALL IN LOVE WITH THE FAMED PUEBLO CHILE.

A trip to Pueblo would not be complete without a meal (or four) featuring the Mirasol chile —the area’s superstar crop. Wake up your taste buds at the annual blockbuster Chile & Frijoles Festival in September, when thousands pay tribute to the flavorful pepper and the city’s Hispanic heritage with music, arts and crafts, cooking competitions  Read More

The Visit Pueblo Convention & Visitors Bureau and Greater Pueblo Chamber of Commerce announce that registration for the 3rd Annual Spice Up Spring Pueblo Chile Recipe Competition will be available from March 10th to April 10th. All entrants are required to submit their original Pueblo Chile recipe(s) in writing by April 13th and must agree to the public release of their recipe(s). Judging will be performed during the week of April 23rd – April 27th.

The Spice Up Spring Pueblo Chile Recipe Competition offers licensed Pueblo restaurants and kitchens an opportunity to enter their most creative and delicious recipes inspired by the versatility of the iconic Certified Pueblo Chile Pepper.  Read More

Flavored Nation is the first food festival in the country devoted to showcasing one iconic dish from each U.S. state. 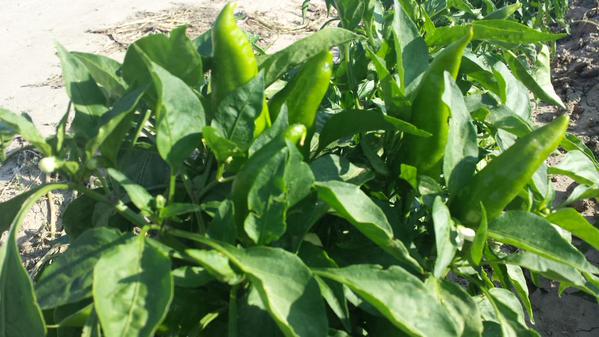 DiSanti Farms is a prominent farm on the St. Charles Mesa east of Pueblo, and one of more than 34,000 farms in Colorado. Sara (DiSanti) Genova grew up on that family farm and she’s part of a growing female farmer population.

There are 2.1 million farms in the United States, with 14.1 percent of those being run by females. Women comprise 30 percent of all farmers when up to three operators per farm are included, as with DiSanti Farms, where Genova shares duties with her three brothers and her mother, RoseAnn. Her father, Jim, passed away three months ago.