It’s Chil(e): Pueblo’s Cause for Celebration 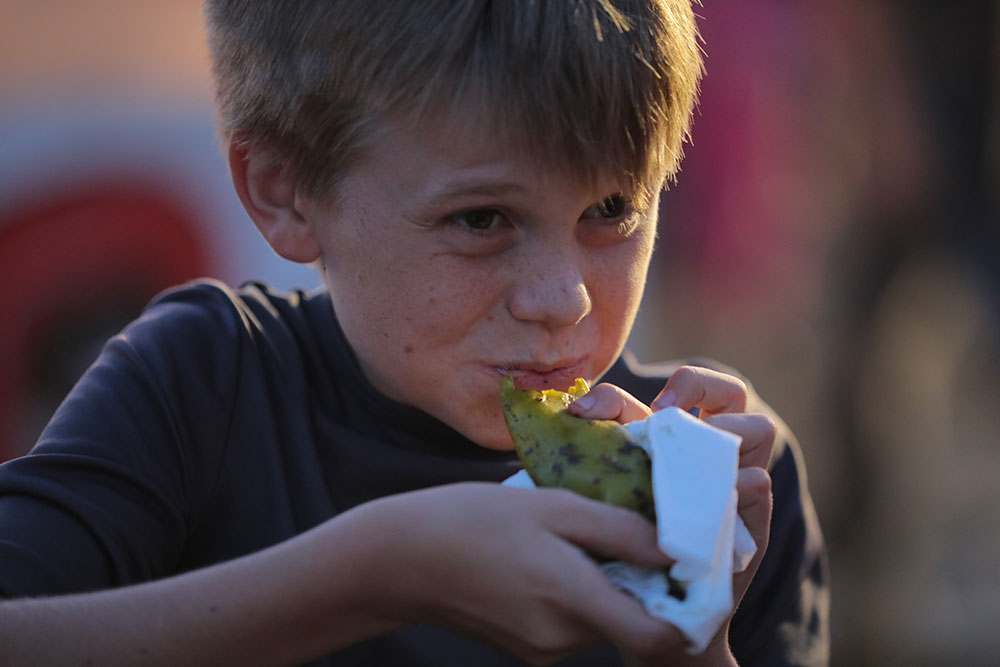 The family-friendly event, first held in September of 1994 and spanning two days, was designed to highlight the Pueblo chile – the community’s most-loved crop, which is exclusively grown in Pueblo – while also supporting the area’s agriculture industry.

“That first year, we saw somewhere between 3,000 and 5,000 people attending the festival,” Slyhoff says. “We had one food vendor, one chile grower and roaster, one produce farmer, and a few artisans selling their goods. It was small, but we felt like it was successful enough that we could try again the following year, maybe even making it an annual tradition.”

The rest, as they say, is history.

From Humble Beginnings to Storied Success

To say the Pueblo Chile & Frijoles Festival has grown by leaps and bounds is a huge understatement. Signaling summer’s end and announcing the start of harvest season, the festival is now a three-day celebration that’s estimated to draw more than 140,000 people – including many visitors from across Colorado, the U.S. and beyond – on the third weekend after Labor Day.

“Our agriculture industry has definitely grown because of the festival’s success,” Slyhoff says. “Agritourism is a buzzword now, but it wasn’t back when we started the festival, and I like to think we were way ahead of the curve. We brought agriculture into the heart of our city in a fun, engaging way that keeps people coming back for more.”

Although the Pueblo Chile & Frijoles Festival is increasingly attracting people from across the globe, it also remains a catalyst for local community connection.

“The festival is obviously a major tourism driver, but it’s still rooted in our community and puts the spotlight on what makes us unique,” Slyhoff says. “It’s the perfect opportunity for our residents to gather and celebrate what an amazing place we have to call home.”

Looking to the future, Slyhoff hopes the festival continues to grow in both size and reach while maintaining its hometown charm – after all, that’s where the magic stems.

“We couldn’t have imagined how popular the festival would become, and we’re thankful it’s become something thousands of people look forward to every year,” Slyhoff says. “Here we are, 25 years later, still encouraging people to ‘Experience the Flavor of Pueblo’ and see what our chiles are all about. Turns out, we were really onto something way back when.”

Pueblo chiles may be the community’s most famous crop, but beans – also known as frijoles – are important to Pueblo, too, as they support the area’s agriculture industry in a big way.

Pueblo County is a major contributor to Colorado’s dry bean industry, helping solidify the state’s status as a global dry edible bean supplier for 60-plus years. Growers across Colorado make it possible for the state to ship more than $30 million of beans annually, with the majority of Colorado’s bean crop consisting of pinto beans, followed by the light red kidney, yellow, black, red and Amarillo bean varieties.

According to the Colorado Department of Agriculture, Colorado-grown pinto beans are widely known for their bright color that differs from pinto beans grown elsewhere.

“Frijoles have been grown in and around Pueblo for a long time, dating back to the Dust Bowl in the 1930s,” says Ryan Froman, who serves as farm manager for Rusler Produce, a pinto bean producer in Avondale and a board member of the Pueblo Chile Growers Association. “Because frijoles are legumes, they make a great rotation crop with corn and chiles and help keep our soil healthy, and they require less water than many other crops and have a relatively short growing season. Those are just a few reasons so many people in our area continue to grow them.”