The 50 Most Iconic Foods From All 50 States 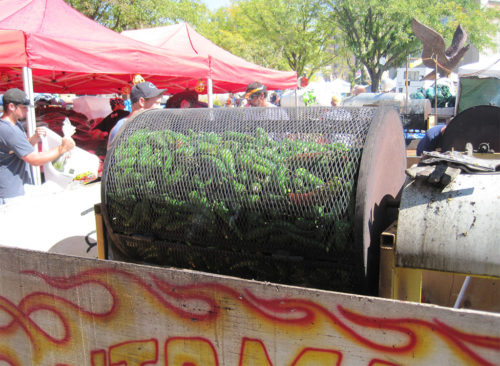 The 50 Most Iconic Foods From All 50 States
ashleysisson@me.com
News
0 Comment

Japanese cuisine relies heavily on raw fish, rice, and seaweed, while pasta, risotto, and cheese are the fabric of Italian plates. But when it comes to American food, it’s not exactly easy to define. That’s why the culinary experts, chefs, and food writers at Flavored Nation pulled together this list of the best American foods. According to David Rosengarten, a two-time James Beard-winning food journalist and content director at Flavored Nation, they drew data from research, consumer input via social media, and conversations with state tourism boards.

“No one wrote a guidebook on how to authentically identify the United States’ most iconic foods. It’s been an amazing adventure and challenge,” Rosengarten said in a press release. Barbecue pulled pork, shrimp and grits, key lime pie, and lobster rolls are classic American dishes you can easily associate with a state or region, but other states that aren’t culinary destinations are harder to pinpoint. “Some states, like Louisiana, California, and New York, are well known for multiple dishes. For other states, like South Dakota, Minnesota, and Nebraska, I personally drew a blank,” Rosengarten said.

So if you’re planning a trip across the country at any point, bookmark this story for the best American foods in every state. We hear North Dakota makes a mean bowl of potato soup and West Virginia has killer pepperoni rolls.

Colorado’s hot days and cool night grow hearty Pueblo chiles that are perfect for roasting. On the spice spectrum, Pueblo chiles are comparable to jalapeño peppers, but they have more heat than cayenne peppers. Enjoy Pueblo chiles in a soup, a refreshing salsa, or roasted for a side dish!

The 50 Most Iconic Foods From All 50 States